Do you recognise this man and woman? 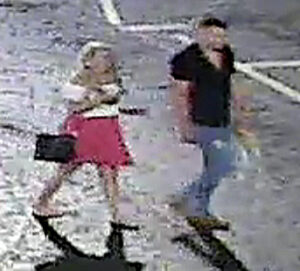 Police are keen to speak to the man pictured in connection with an assault which left a man in hospital with serious injuries.

It happened at about 1am today (Friday 20 August) outside Be Lucky Casino, Broad Quay, Bristol.

The victim, a man in his 20s, was approached by a man and the two became involved in an altercation.

The victim was punched in the face by offender, knocking him to the floor which resulted in a significant head injury. He was taken to the hospital where he continues to receive treatment.

Officers believe the woman pictured witnessed the assault and may be able to help them identify the offender.

We appreciate it’s not a clear image but we hope someone may recognise them from their clothing.