The Avon and Somerset Police Rural Affairs Unit (RAU) is reminding rural residents of the importance of marking agricultural vehicles and equipment to make them less attractive to thieves.

Agricultural machinery and vehicle theft is one of the most prevalent types of rural crime, with the cost of stolen property running into tens of millions each year. Farm trailers, which are in high demand and relatively easy for thieves to steal, are a common target.

The RAU will be holding a crime prevention event in Frome tomorrow (Wednesday 27 April) where agricultural trailers can be marked free of charge, thanks to a number of kits being provided by Datatag.

Datatag’s multi-layered security system uses tiny electronic transponders that are hidden on the vehicle or property and possess a unique identification code, which means the lawful owner can be identified by police even if all other identification numbers have been removed.

Evidence has shown that Datatagged products are around four times less likely to be stolen, and six times more likely to be recovered if they are.

The crime prevention event, which is being held in partnership with Datatag and the NFU, will be held at Frome Market from 9am – 2pm on Wednesday 27 April. A limited number of Datatag kits are available so marking will be offered on a first come, first served basis.

PCSO Michael Storey said: “Theft, burglary and criminal damage are the most commonly reported crimes in rural areas and they can have a significant impact on farmers’ livelihoods.

“Evidence is increasingly showing that these activities are closely connected to organised crime and that criminals are becoming increasingly sophisticated in their methods.

“That’s why we strongly recommend using the latest security marking technologies to protect property and will be offering a free of charge property marking service at our upcoming crime prevention event.”

“As ever, we also to urge the public to report crime or suspicious activity to police, and to sign up to our Farmwatch scheme to receive alerts about thefts in their area.” 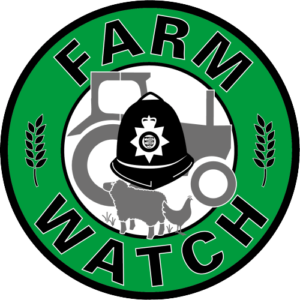 NFU Spokesperson Lydia Dahlin added: “Rural crime costs farm businesses millions of pounds each year but also has a significant impact on the mental well-being of our farmers.

“It is great to be able to offer these kits in conjunction with Datatag and Avon and Somerset Police to help farmers to deter thieves from acting, as well as having a much better chance of recovery with registered machinery.”

For more information on the Avon and Somerset Farmwatch scheme, visit https://www.avonandsomerset.police.uk/apply/farm-watch/.