This October, we’re taking part in Black History Month to recognise contributions made by black people which may have previously been ignored or played down in the past. Black History Month has been marked in the UK for more than 30 years and aims to address this unfairness, by celebrating the achievements of the black community over the years.

Here we look at seven key moments from the black history of Avon & Somerset Constabulary and how it has helped to shape the force as it is today.

PC John Claridge was Avon and Somerset Constabulary’s first black officer. He originally joined Bristol Constabulary during the 1960s and is pictured on his BMW R80 motorbike by Clifton Suspension Bridge. The BMW R80 motorbike was widely used by police forces around the country during the late 1970s. PC Claridge was known for parking his bike at the bottom of the fly-over on Temple Way to stop drivers from cutting in. The other photo of him by the Suspension Bridge was taken in 2004 following a celebration to mark 30 years since Avon and Somerset Constabulary was established. 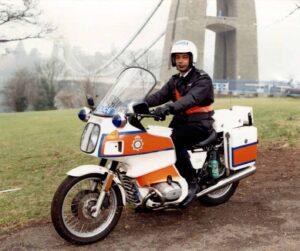 PC Adora Dick was Avon and Somerset Constabulary’s first female black officer. She is pictured in a supermarket during the 1980s. Uniform for female officers tended to reflect the fashion of the time and varied between forces. By the late 1980s, uniform for women was virtually identical to the men, except for head and neckwear. The photo shows her carrying a handbag which would have contained a truncheon that was designed to be small enough to fit in a standard size handbag. 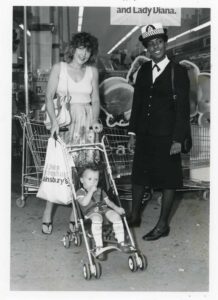 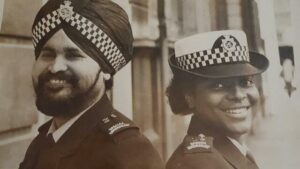 Chief Inspector Norman Pascal retired from the force in 2017 after a career spanning three decades and which began in the former Bishopsworth police station in 1987. He was the most senior black police officer in Avon and Somerset and was awarded an OBE in 2018 for “services to diversity in the community in A&S.”

Most of his police service has been spent as part of the Black Police Association, the highlight of which was hosting the annual meeting and conference in 2007, themed  – “Our Journey Abolition 200”.  His last two years with Avon and Somerset were spent developing links with local communities, concentrating in particular on schools, colleges and universities to build confidence and enable the force to increase its make-up of people from diverse backgrounds.

During his career with the police Norman said: “There has been significant change, most of which is better – for example, partnership working with different public service organisations. The main detraction is the lower numbers of police officers on the street.

Upon receiving the OBE, Norman said: “To receive such an honour is very humbling as the first black chief inspector in Avon and Somerset. It shows the journey that the force has been on and where it is now, that has enabled a black man to rise through the ranks and be able to lead its staff.  And I know because of the foundations we have laid, representation will go on improving for many years to come.” 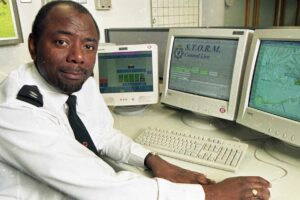 1990 – Bristol and the formation of the Black Police Association

Bristol played a significant role in the early history of what is today known as the National Black Police Association (NBPA). In 1990, faced with a disproportionately high premature resignation rate among black police officers, the Metropolitan Police organised a series of seminars at the University of Bristol.

What became known as the ‘Bristol Seminars’ were considered controversial at the time because of the compulsory nature of attendance based on the officers’ ethnic origin. However, they unearthed a wealth of hidden and unspoken experiences from the 350 officers that attended. The issues raised included:

The Bristol Seminars had brought many black officers together for the first time and many realised that their experiences were not unique and that they were not alone. Many of the officers kept in touch through an informal network of ‘Bristol Reunion’ social functions. This network went on to help form and launch the Black Police Association in 1994.

The Black Police Association (BPA) was officially recognised as an integral part of the Avon and Somerset Constabulary in 2002 following the recommendations of the Macpherson report, which encourages all forces to value race diversity within their workforce. This gave the BPA a more influential voice to raise concerns and help make changes which would benefit both the police and our communities. Their primary objective is to ensure that those of a black and minority ethnic background within the service are treated fairly. They help reassure and encourage others from black and minority ethnic backgrounds to consider the police as a good career choice.

2019 – Progress with inclusion and diversity

Last month, welcomed a new team of Outreach Workers who are our first entirely BAME team. Their role, within the Representative Workforce team, is to help us be more diverse by using their own knowledge and experience to show us how we can do things better.

We also have a cohort of Diversity Champions who support people from under represented backgrounds who are interested in joining the police. This programme has been recognised locally through the South West Mentoring Awards winning ‘Mentoring Scheme of the Year’ 2019 and also nationally, winning the Representative Workforce Award 2019 from the Employers Network for Equality and Inclusion (enei).

Since May 2019, over 120 of our leaders have been trained in Cultural Intelligence (CQ) and Inclusive leadership in order to help uplift the leadership capability around supporting inclusion in Avon and Somerset Police. We are also the first constabulary to be working towards the full National Equality Standard (NES).

If you’ve got any stories you’d like to share, follow us on social media and leave a comment. We’d love to hear if you know anyone in the pictures or about your memories of Black History in Avon and Somerset.