You are here: Home » News » Man sentenced for burglaries in Burnham-on-Sea

A man has received a prison sentence after being found guilty of two burglaries in Burnham-on-Sea.

Adam Harding, who is 42-years-old and from Highbridge, was sentenced to four years in prison after being found guilty following a three day trial at Taunton Crown Court. 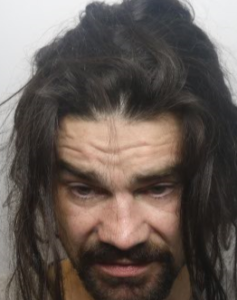 Both burglaries occurred on Wednesday 11th September 2019 in homes belonging to elderly women.

At around 7am a woman who lives in Abingdon Street heard a knock on her door, but because she has limited mobility, was unable to answer it. Thirty minutes later, she looked out of her door and there was a man in her garden who asked about a flat for sale before leaving. Later that day, the man returned and entered the property through an insecure rear door. He threatened the woman, who was in her bed, demanding to know where her money is. He searched through drawers and under the bed before leaving. The victim later identified Harding as the offender.

At around 5.50pm a man got into a property in Rosewood Avenue through an open rear window on the first floor. The owner heard a bang, so went to investigate. When she opened the door of the rear bedroom she saw him and told him to get out. He left through the same window. As well as CCTV footage of him, a witness saw him at the property and later identified Harding as the offender.

Both of the victims gave evidence during the trial, with the woman from Abingdon Street doing it via Microsoft Teams because of her limited mobility.

Officers from Operation Remedy worked at collating all of the evidence, obtaining statements from witnesses, conducting CCTV trawls and helping the victims with their recovery.

PC James Loftus from Operation Remedy, who investigated the offences, said: “Harding has knowingly targeted lone and vulnerable women which is callous behaviour. Both victims were left traumatised, feeling unsafe in their own home. It has been a long road for them and I would like to thank them for remaining strong and supporting our work throughout this challenging time. Their evidence, supported by witnesses, was vital in helping to secure this conviction. I hope that in some way it will help that they can now put this behind them.”