You are here: Home » News » Two men sentenced for burglary and robbery offences in Bristol

Two men from Bristol have received prison sentences for their involvement in burglary and robbery offences.

Jason Parsons, who is 49-years-old and of no fixed abode, was sentenced to four years and six months in prison for his involvement in a robbery and three commercial burglaries. 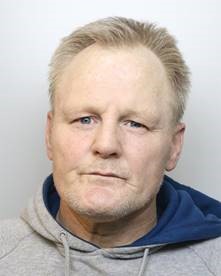 Dale Kennedy, who is 47-years-old and from Hersey Gardens, Bishopsworth, was sentenced to two years and six months in prison for his involvement in a robbery.

Sentencing took place at Bristol Crown Court on Tuesday 15th September after they both pled guilty.

The robbery offence which they were both convicted for took place earlier this year during the early hours of Sunday 26th April. A security guard working at the Lidl on Whitchurch Lane, Bishopsworth saw two men in one of the aisles putting packets of meat into holdall bags. The men were challenged by a security guard and at that point threatened to stab him. The two men then escaped on mountain bikes.

Officers searched the area for the two offenders and spotted Kennedy on his bike with the two holdall bags. When he saw the officers, he dropped the bags and tried to escape on his bike, but was eventually detained. Parsons was eventually arrested after he was linked to the offence through an empty bottle of methadone with his name on it which was found in one of the holdall bags.

Parsons was also sentenced for his involvement in three commercial burglaries that occurred earlier this year:

Sgt Darrell Boothroyd, from Operation Remedy, said: “We have worked hard to bring together the evidence for these cases, which has helped bring about their guilty pleas. I would like to commend the security guard and the response teams at Broadbury Road whose swift actions led to the arrests. PC Gale and PC Wilcoxson’s diligent and time consuming investigation was integral in obtaining the sentences for these prolific offenders.”