Six men have been sentenced at Bristol Crown Court following a major investigation into the supply of controlled drugs in the South West.

The three-year investigation, known as Operation Decode, was led by Avon and Somerset Police in partnership with Wiltshire Police and Devon and Cornwall Police.

It culminated in a day of action on 16 March 2021 in which warrants were executed across the region, leading to seven suspects being charged with various offences relating to drug possession and supply.

Sebastian Dymond, 38, of Ashton, Bristol, was charged with six offences relating to possession and supply of class A, B and C drugs after a police investigation found that he was the principle figure in an organised crime group responsible for distributing multiple kilos of cocaine and cannabis across the region. He was sentenced to 12 years  imprisonment.

Police enquires established that Dymond had a number of customers across the region, including Grant McEvansoneya, 31, of Barnstaple, who had purchased significant quantities of cocaine and cannabis for onward sale in the North Devon area. He was jailed for eight years after pleading guilty to two counts of conspiracy to supply class A and B drugs.

Daniel Parsons, 39, of Hartcliffe was charged with conspiring to supply class A drugs after investigators found evidence that he had also supplied cocaine to McEvansoneya. He received a two-year prison sentence, suspended for 18 months, plus unpaid work totalling 150 hours.

The investigation also found that Dymond had purchased large amounts of prescription medication and steroids from Kalvir Singh, 42, of Chippenham, for onward sale to customers. Singh was sentenced to two years imprisonment, suspended for 18 months, for three charges relating to possession and supply of class B and C drugs and two counts of possession of criminal property. He was additionally ordered to complete 200 hours of unpaid work.

Working closely with Dymond was Maksymillian Zurek, 33, of Lawrence Weston, who was jailed for six years and six months after pleading guilty to four charges which included possession of and conspiracy to supply class A and B Drugs, and possessing a prohibited weapon.

Oliver Duxbury, 35, of Trowbridge, was found to have purchased cocaine from Zurek on multiple occasions and was sentenced to 30 weeks imprisonment suspended for 18 months, plus 150 hours unpaid work.

A seventh man was given an 18-month conditional discharge after pleading guilty to possession with intention to supply cannabis.

During the course of the investigation, around £60,000 in cash and significant quantities of drugs and were seized by police, including:
• 248g of cocaine and 1Kg cannabis from a vehicle in Devon
• 1.275Kg cocaine from a lock up in Burnham Rd, Bristol
• 1.3Kg of cannabis from a lock up at Tarnock Avenue, Bristol.
• Approximately £94,000 of Steroids and prescription medications from locations in south Bristol and Chippenham. 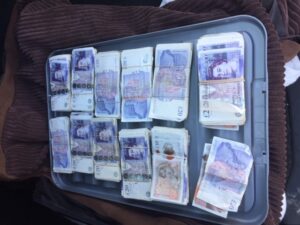 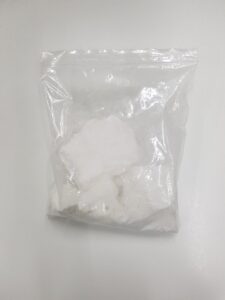 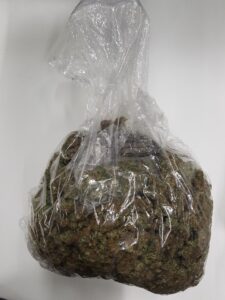 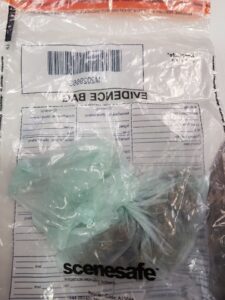 “We are committed to tackling the organised supply of illegal drugs and protecting the most vulnerable people in our communities from harm.

“I’d like to thank all involved in this complex investigation, which has been ongoing since 2019 and has today resulted in six individuals being brought to justice.

“The combined value of cash and drugs officers recovered as part of Operation Decode provides some insight into the scale of organised crime we’ve been able to disrupt.

“I hope today’s outcome will encourage more members of the public tell us what they know about suspected drug related activity in their community. Each individual report allows us to build an intelligence picture and take positive action where we have evidence to suggest drug crime is taking place.”